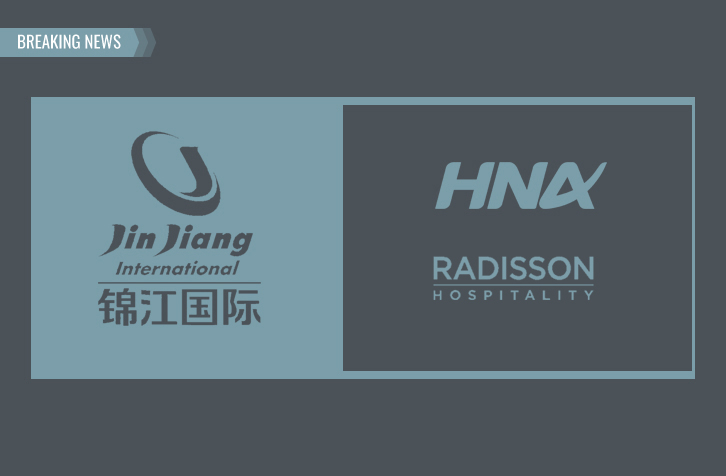 By  the HNN editorial staff

The deal includes the purchase of 100% of Radisson Holdings for an undisclosed sum, as well as 51.5% of the outstanding shares of Radisson Hospitality AB for a per-share price of 35 Swedish crowns ($3.83), according to a news release. Additionally, the consortium has agreed to buy an 18.5% stake in Radisson Hospitality, which HNA “previously pledged and transferred to a lender as security pursuant to a loan and pledge agreement,” the release states.

The deal is expected to close at the end of the year.

In a statement provided to Hotel News Now, Radisson Hospitality CEO and COO John Kidd said, “HNA has been extremely supportive of our business along with the creation and execution of our five-year strategic plan. Our efforts to transform the company to-date have helped make Radisson Hotel Group an extremely attractive acquisition target. We see an immense opportunity with Jin Jiang International to join one of the largest hotel companies in the world.”

HNA Group and Jin Jiang International did not respond to requests for comment by press time.

According to census data as of June 30 from STR, parent company of HNN, Jin Jiang had 1,343 hotels, representing 165,020 rooms. Radisson Hotel Group had 1,163 properties with 179,278 rooms. By adding Radisson’s room count, Jin Jiang would become the seventh-largest hotel company worldwide by room count with 344,298 rooms, according to STR.

In 2016, HNA bought Carlson Hotels and its European master franchise, the Carlson Rezidor Hotel Group, which it rebranded in March 2018 as Radisson Hotel Group. At a shareholders meeting in April 2018, the company was renamed Radisson Hospitality.

In a January 2018 interview with HNN’s Stephanie Ricca, Ken Greene, president of the Americas for then-Carlson Rezidor Hotel Group, said HNA was committed “to the hotel side of its business.”

“HNA is a global company—they don’t want to be a Chinese owner only,” he said. “Their strategy is the right one. They’ve hired leadership across the board that know the theaters, and they’ve given us the tools and the investment.”

Later in the year, however, there were concerns over HNA’s ownership as the company had begun selling off investments. During the Radisson Hotel Group’s Americas Business Conference in April, Kidd told attendees that Radisson had the finances to keep itself going.

“In terms of financing the plan, we’re on top of that, there’s absolutely no problem,” Kidd said. “As CEO of (Radisson Hospitality), it’s my concern that we don’t have to go to our parent ever again to need money to carry on the business; we’re perfectly capable of doing that ourselves.”

Experts with the Industry Real Estate Financing Advisory Council speculated at a meeting in June 2018 that Radisson may have been up for sale, Hotel News Now’s Sean McCracken reported. Radisson was the most obvious target for acquisition, said Jacques Brand, partner with the strategic advisory group at PJT Partners.

“There’s an opportunity for one of the branded companies to buy (Radisson) and/or Rezidor,” he said. “There are lots of synergies to realize in that transaction.”

In an interview with HNN’s Terence Baker in July 2018, Radisson EVP and Global Chief Commercial Officer Eric De Neef said he was confident in the company’s future, with or without HNA ownership.

“We do not necessarily need HNA, but we do need owners. Will HNA stay? This is the question that might be asked in the market,” he said at the time.

Like other Chinese companies, HNA Group has come under pressure from its government to sell off stocks and assets it has acquired over time. Along with investing in Radisson, the company paid $26.25 per share to acquire 25% of Hilton from Blackstone in October 2016. By March and April 2018, the company was looking to sell its investment in Park Hotels & Resorts, Hilton Grand Vacations and Hilton.

During RLH Corporation's latest earnings call, EVP, CFO and Treasurer Douglas Ludwig said prior to HNA selling all of its RLHC shares, it was the company’s largest shareholder with 3.8 million shares.

Coliseum Capital Management and Vindico Capital purchased those shares in an overnight transaction on 14 June with a closing share price of $12.20, Ludwig said, adding he was pleased the transition did not negatively affect the company’s share price.