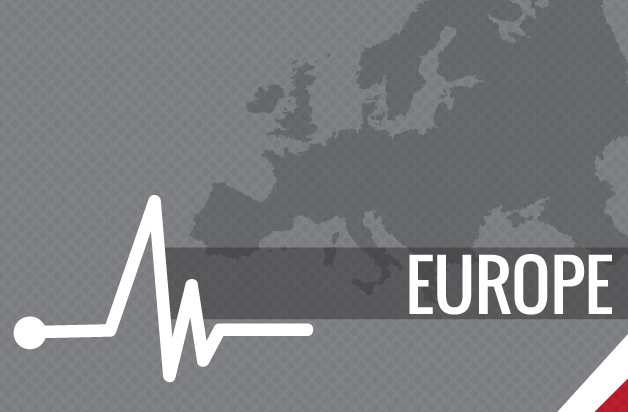 Hotel News Now each week features a news roundup from a different region of the world. This week’s compilation covers Europe.

STR: Performance of UK holiday rentals versus hotelsHoliday rentals in the United Kingdom showed lower occupancy, higher prices and different seasonal trends than hotels in the market, according to an analysis of SuperControl data by STR, the parent company of Hotel News Now. STR analysts looked at information deriving from the independent firm’s 12,000 U.K. properties but limited its analysis to rentals with four or fewer bedrooms to provide a more relevant comparison with hotel rooms.

Similar to fellow Chinese conglomerates, HNA Group has come under pressure from its government to sell off stocks and assets it has acquired over time. Along with investing in Radisson, the company paid $26.25 per share to acquire 25% of Hilton from U.S. private equity firm Blackstone in October 2016.

China, new brands lead IHG’s first halfInterContinental Hotels Group executives are confident that the U.K.-based hotel company is on course for a strong 2018 as its efficiencies help savings, signings and room growth, especially in Greater China. CFO Paul Edgecliffe-Johnson said IHG has opened 22,000 rooms in the first six months of 2018, an 11% increase over the same period in 2017.

CEO Keith Barr said during an earnings call that IHG “grew (RevPAR) at 3.7%, which together with 4.1% net-system-size growth, drove underlying operating profit up 8% and underlying (earnings per share) up 25%. This underpins our decision to raise the interim dividend by 10%.” Greater China shone as the star in terms of RevPAR increases with a rise of 10.1%, while Europe, the Middle East, Africa and Asia (EMEAA) and the Americas both saw more modest RevPAR growth, at 3% and 3.2%, respectively.

Both ADR and RevPAR levels were the highest for any month in STR’s London database, even topping levels achieved in July 2012, when the market hosted the opening days of the Summer Olympics. STR analysts attribute the strong performance to an unseasonably warm summer, as well as popular events, including Wimbledon and London Pride. Also of interest is that while supply increased for the period by 2%, demand increased by 6.1%.

AccorHotels sells further 7% of AccorInvest, closes saleAccorHotels sold a further 7% of its AccorInvest (HotelInvest) hotel portfolio on 25 July to Colony Northstar for €250 million ($285 million), which if agreed by AccorInvest’s board of directors will result in AccorHotels retaining a 35.2% stake. Most of the portfolio was sold in February in a €4.4-billion ($5 billion) deal for 55% of the total to a group of investors.

The announcement was made during the French hotel company’s first-half 2018 earnings conference call, in which CFO Jean-Jacques Morin said the firm’s RevPAR increased by 5.1% overall, with its home market of France seeing an increase of 5.6%, while in Paris RevPAR jumped 9.5%. One goal reached in the period was that the firm surpassed 4,500 hotels and 650,000 rooms.

Spanish hotels cut rates as competition growsHotels in Spain are cutting rates this summer in response to tourists choosing other destinations such as Turkey and North Africa, according to sources, one of which said that “visitor numbers to Spain (have started) to peak after five record-breaking years.” The main source destinations for Spain are the U.K. and Germany.

Álvaro Pacheco, a spokesperson for Spain’s Barceló Hotel Group, told Reuters “we’ve generally seen less demand this summer, mostly because of the comeback of competitor markets like Turkey, Egypt and Tunisia, which are offering substantially cheaper packages than the Balearic Islands.”