Marriott bids to capture every segment in Europe 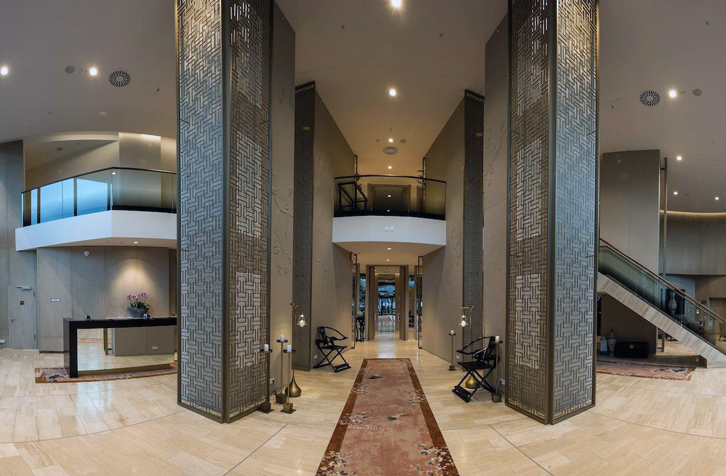 REPORT FROM EUROPE—Marriott International stated in 2017 that it aims to be the preeminent hotel company in all segments in Europe by 2020, as it bolsters its Europe-wide portfolio to more than 190,000 rooms with an additional 58,000.

Marriott says the largest portion of its European rooms growth over the next three years will come with the addition of 50 new Moxy Hotels in 40 destinations, accelerating its presence in existing markets like Germany and the United Kingdom and making inroads into other key destinations, including The Netherlands, France, Portugal, Poland, Greece and Georgia.

In Germany, the Moxy-led strategy is set to triple the brand’s existing portfolio from a current 10 to 30 properties, said Tim Zeichhardt, Marriott’s director, international development, Germany, Switzerland and Austria.

“Moxy is definitely our strongest-growing brand in Germany, (and) with more than 70 hotels and nearly 18,000 rooms, we are currently the second-largest hotel company in Germany by room count, with 17 of our brands represented,” Zeichhardt said.

Zeichhardt said Marriott could not afford to sit back and admire the landscape.

“Indeed there are some strong local and regional competitors. Across all segments our competitive advantages are our global scale, our reservation system and our loyalty program, which allows us to generate superior average rates and occupancies in comparison to our competitors,” Zeichhardt said.

But Marriott’s foray into Germany doesn’t come with some challenges, as the standard way of doing things in the country differs from Marriott’s established franchising model.

“The biggest challenge in Germany is that it is a lease-dominated market and management agreements remain the exceptions for the more traditional end-investors. As a company with an asset-light business strategy, Marriott cannot enter into lease agreements directly,” Zeichhardt said.

“So we need strongly capitalized franchisee partners who are able to sign leases instead. We have an established franchisees who can do this but our pool of franchisees needs to grow,” Zeichhardt added.

“The next opening will be in October 2018 with the Moxy and the Residence Inn Frankfurt,” Kuhn said, “(and) two Moxy hotels are also being built in Switzerland, one in Lausanne and one in Bern, so Moxy continues its successful expansion course in Germany.”

Meantime SV Hotel will open its fifth German Courtyard by Marriott in Freiburg in 2021.

The nature of Marriott’s European additions vary across different markets, according to sources.

In Germany, “design and good architecture are more critical than ever,” Kuhn said, adding being aligned to Marriott acted as a guarantee of success for his franchise.

Marriott brand Delta Hotels & Resorts’ debut in Germany was another one of those repositionings, with the May rebranding of the 223-room riverside New Century Hotel to the Delta Hotels by Marriott Frankfurt Offenbach.

France is also high on its list of markets in which Marriott aims to expand.

Marriott’s French move has come after years of groundwork, Doizelet said, who conducted a strategic study for the group to identify French cities for the Courtyard by Marriott brand.

“In France there will be an initial three openings, Paris, Lille and Sophia-Antipolis (near Nice),” Doizelet said.

Doizelet said he believes Marriott might have its sights set on as many as 150 Courtyard hotels in mainland France.

“In the first stage of development, the goal could be a minimum of about 30 hotels, prioritizing the Paris region, airports and Top 10 cities, followed by some 80 properties in trickier secondary locations,” Doizelet said.

“The most rapid rate of development one could imagine is one or two a week, which is super-aggressive and matches the pace the of (AccorHotels’) Ibis in (its) golden years,” Doizelet added.

To ensure it was ready to face the competition, Marriott conducted some elaborate fine-tuning for the brand, according to Doizelet.“The key issue is how the Marriott brands face competition from our friends Accor,” Doizelet said.

SV Hotel is developing hotels in central Europe, too, under the Moxy, Courtyard by Marriott and Residence Inn by Marriott brands, said Kuhn.

Facing competitionBy 2020, Marriott said it aims to hit poll position in Europe in the upscale segment, in which it includes its Courtyard by Marriott brand, by almost doubling its rooms count to approximately 48,000.

Courtyard by Marriott is spearheading the push, with a quarter or those new rooms.

Doizelet said Marriott has adapted this brand from the product known in the U.S. to become more of an “upper tier mid-scale rather than upscale.”

“The room size is smaller because you don’t need the double queen beds popular there, so to develop a Courtyard in France, 20 to 25-meter-squared is enough, while F&B is limited to more grab-and-go style,” Doizelet said

Doizelet said Marriott’s timing is perfect, coinciding with the need in France and other European markets to overhaul product and to meet a surge in business travel.

And it is with that need to freshen up brands and add more design components where the competition with AccorHotels and others will truly ignite, Doizelet said.

Doizelet said in the budget lifestyle sector, in France as in Germany, German budget design chain Motel One will be a rival for Moxy, which has recently opened hotels in Barcelona and Paris.

Motel One has a further eight hotels set to open this year, said Motel One’s CEO and founder Dieter Müller, with a total of 2,800 rooms in cities including Glasgow, Munich, Lübeck, Leipzig, Bonn, Frankfurt and Cologne.

“Most of the supply of that category in existing chain hotels was developed 40 to 45 years ago, in the 70s and 80s. We need a refresh, so there’s an impulse for market renewal,” he said.

“Alongside that, the momentum for hotel development in France is very big as investor confidence has been restored and the economy is on the rise again. So Marriott will benefit from both those factors,” Doizelet said, referring to opportunities to reposition from both independents or from other brands.

As a result, Doizelet predicts some major shifting of sands among the brands during the Marriott grab for European supremacy.

“(There is) room for development, particularly in markets where some brands are overdeveloped,” Doizelet said, who added franchises of Europe’s major hotel companies might be tempted to switch due to a desire to “trade brands and go upscale.”Such a move will come at a price, Doizelet pointed out.

“Franchisees need to pay for the renovation. A brand like Marriott does not come cheap, so you need to bet on an upside, which is what Marriott could bring. That’s not negligible, firstly a No. 1 international clientele, secondly an extremely powerful loyalty rewards program.”

Repositioning and scaleMarriott’s Zeichhardt believes conversions are one of the quickest ways of entering a market.

“With brands like Delta, Tribute and Autograph Collection, we are very well positioned for hotel conversions. For example, our first Delta in Germany, the Frankfurt Offenbach property was (formerly) flagged under an independent Chines brand,” Zeichhardt said.

“Now it is a dual-branded hotel, the Moxy and AC by Marriott Berlin Humboldthain Park,” Zeichhardt said.

“More often our projects are new developments or adaptive re-use projects of buildings that were previously officers or other asset classes. In this sense our strategy is flexible,” Zeichhardt added.

Zeichhardt knows, though, that Marriott’s ambitions and driving force for Europe-wide growth is scale.

“Organic growth is becoming increasingly challenging, especially in mature markets, but with our most successful year for signings development contracts in Europe (being) in 2017, adding 35 hotels and 12,000 rooms, we’re well placed to continue our focus on growth for the continent,” Zeichhardt said.

“Scale is important. Marriott is now the third largest hotel group in Europe, and with the acquisition of Starwood we managed to double our portfolio in Germany alone and are confident, with a strong pipeline in hand, of continuing strong expansion in Germany,” Zeichhardt said.

Zeichhardt said in 2018 Marriott has opened five hotels in Germany, with AC and Tribute also making their German debuts in the last 18 months.